This is a long sordid tale, but don’t worry, it has a happy ending. 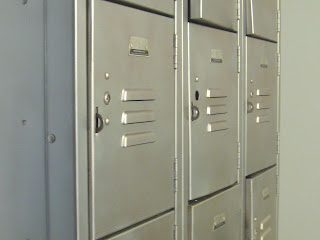 Last summer, I was up early one Saturday yard-saling. ( I don’t know if yard-saling is actually a word, but I have decided that it definitely should be).  At one sale, I noticed a set of old lockers laying in the grass near the sidewalk.  Now, truthfully I wasn’t entirely sure if they were part of the sale or had been set out for the garbage but either way I knew I wanted them.  I paid 10 dollars for them and at the time I was pretty sure I overpaid.  They were painted a nasty beige color and were covered in rust, dirt, and spiderwebs but I knew they were going to be great.  My yard-saling partner, Lindsay and I managed to shove the heavy steel beast into my SUV, even though it really didn’t fit.  I should have realized that was a sign of things to come. 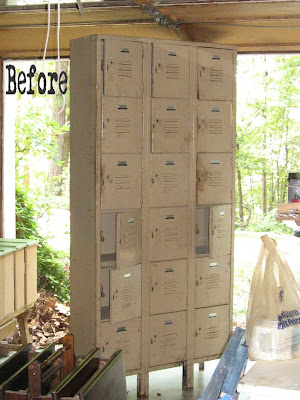 I really wanted to take these lockers to the bare, polished metal.  Soooo…I stripped the paint off with a chemical stripper and a lot of elbow grease…and they looked filthy.  I cleaned them and they got more rusty.  I removed the rust and they looked filmy.  And the rust came back.  I tried to seal them with a clear sealer and they looked more filmy and more rusty.  I pulled out my hair a bit and it is quite possible there was some wailing and gnashing of teeth.  And I finally decided it was time to give up my dream of bare, polished metal and just be done with them already.  So my awesome husband sawed off the rusted-out legs and I gave them a few coats of spray paint and declared them finished. 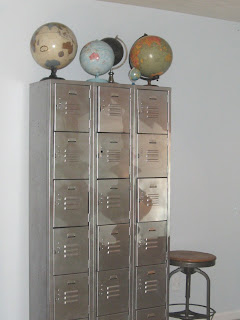 Despite all of that, they still managed to turn out great and I really love them.  They now live in our bedroom where they’ve replaced one of our dressers. 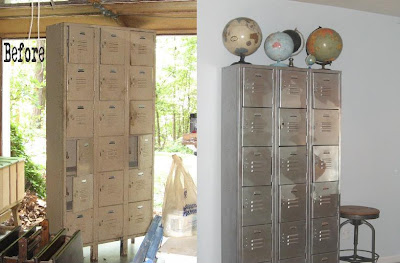 I think they just might be my favorite furniture re-do thus far.