You are here: Home / Crafting / How to dye fabric gray
I recently began a huge DIY project for which I needed several yards of gray fabric.  I love to find uses for things I already own whenever possible.  In this case I didn’t have any gray fabric, but I did have four white curtain panels I wasn’t using.  So I started researching, learning how to dye fabric gray.

I originally assumed that I would just use a smaller amount of black dye to make gray.  But in my research I found that others said using black dye just turned their items purple or black – not a beautiful gray.  So black dye was out – I needed a gray dye.

I saw several sites that recommended using iDye in Silver Grey.  Unfortunately, that was not available at any of my local stores and I was impatient, so instead I bought Rit dye in pearl gray. 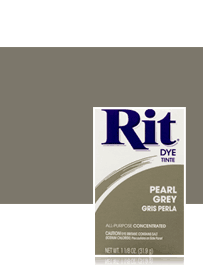 I carefully followed the directions on the package for dyeing using a top-loading washer.  It wasn’t too difficult – you have to mix the dye with hot water in a bucket and then add it to the washer.  Then I very anxiously waited for the washer to do its thing so I could see the results.

Finally, I opened the washer to see my curtains all very evenly dyed – a light grayish-blue.  A lovely color but not so much what I was going for.  And certainly not the color on the box.  Massive fail. 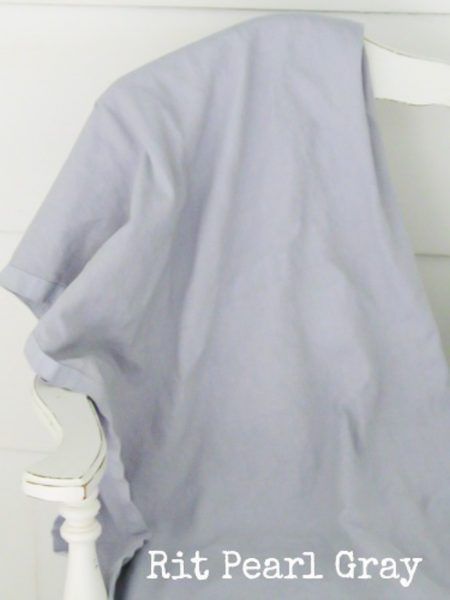 So I decided to give it one more try using the recommended dye – iDye in Silver Grey.

I had to order it online and I ended up getting the best price on ebay.  Which meant I had to wait several days before dyeing attempt numero dos. 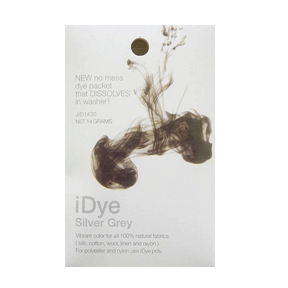 Again, I carefully followed the directions for dyeing in my top-loading washer which incidentally were much simpler than the RIT dye.  You just throw the little dye pack straight into the washer.  No messy pre-mixing.

And after much waiting, I opened the washer to reveal a mound of beautiful deep gray fabric.  Success! 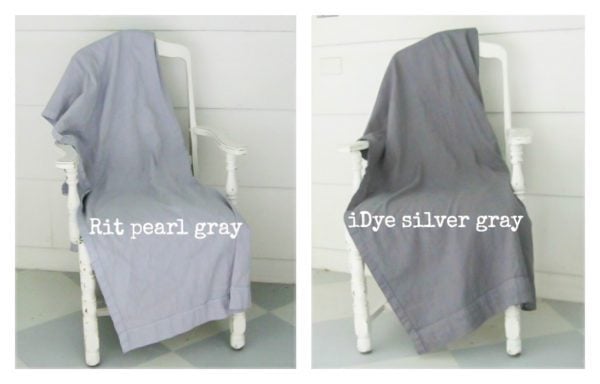 I was so happy with the results that I used my one remaining packet of iDye to dye a duvet cover and some pillow shams that had been languishing in my basement laundry area.  They started out a crisp white but sadly had become yellowed and stained.

After dyeing my curtains, I saw them (still) sitting there next to the washer and thought, hey it’s worth a try.

And it worked like a charm! They came out beautifully.  They honestly look much prettier than before when they were all white. 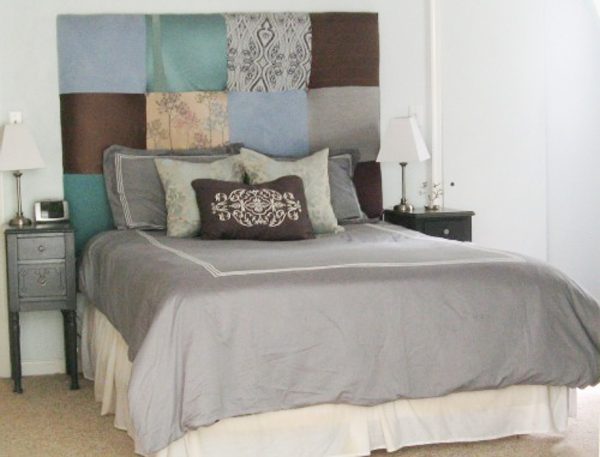 The striped detail is sewn with a synthetic thread so it did not hold the dye but remained white, making the whole thing look crisp and gorgeous. 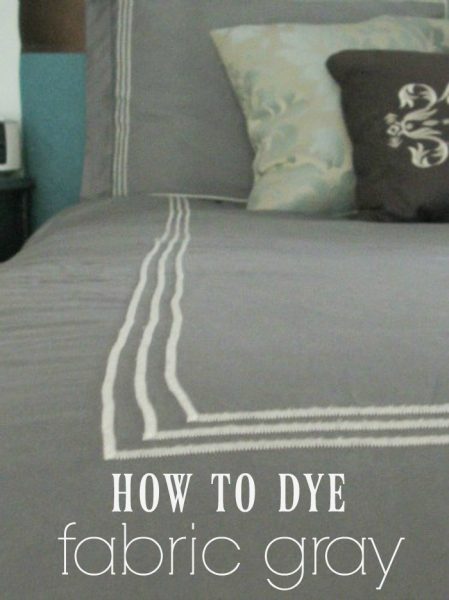 So there you have it.  Dyeing success!  This opens a whole new world of possibilities and I will definitely be dyeing more fabric in the future.

What about you?  Have your tried dyeing fabric before?  How did it work out for you? 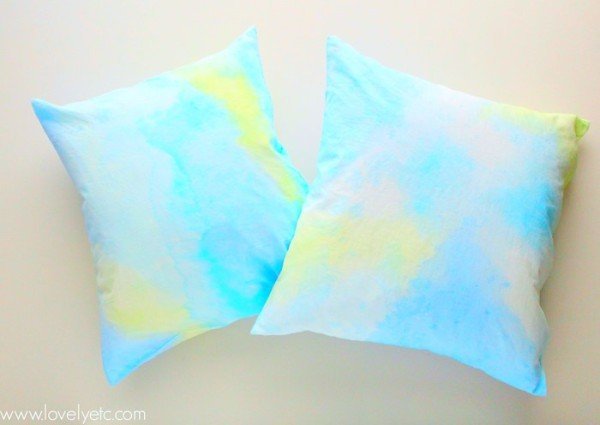 « How to have a hugely successful yard sale
Painted Plywood Floor Update: The Good, The Bad, and The Ugly »